I hope you are ready for some POWERFUL information! 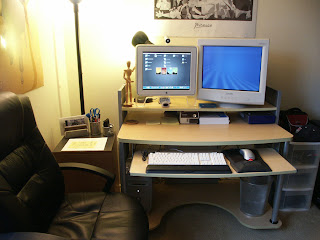 HOW WOULD I HAD EVER KNOWN my girl would be willing to move in with me, unless a friend had told me? I felt my kids were thru with me, after my second marriage began; and now it was ended too..
After the car accident, she was stuck at home a while. See, there was a computer on her dad's desk, and she happened to be on it just then. And my friend was on his. She did not know him, yet there he was a perfect stranger on messenger. (I had a strong impression to leave his ID on msgr after my visit) He began talking to her; introducing himself and striking up conversation. And she responded with her usual lingo... meaning she let him know he bothered her.

He endeavored to give her some council . She cussed him out a few times. He spent some time talking to her about the logistics of her moving out here. Dispite her response, he never gave up on her and they talked more than once. And he has been so glad for the results in her life . I think it was miraculous that this all came together as it did. She never would have been willing to listen to someone trying to tell her what she ought to be doing with her life. But somehow she did listen. Could it be, she really desired to do better? To own a better life?

After the move, there were a couple times we needed a little help. Guess I did'nt feel I knew how to do this on my own. I really needed the support my friend continued giving us.
Posted by Godintended